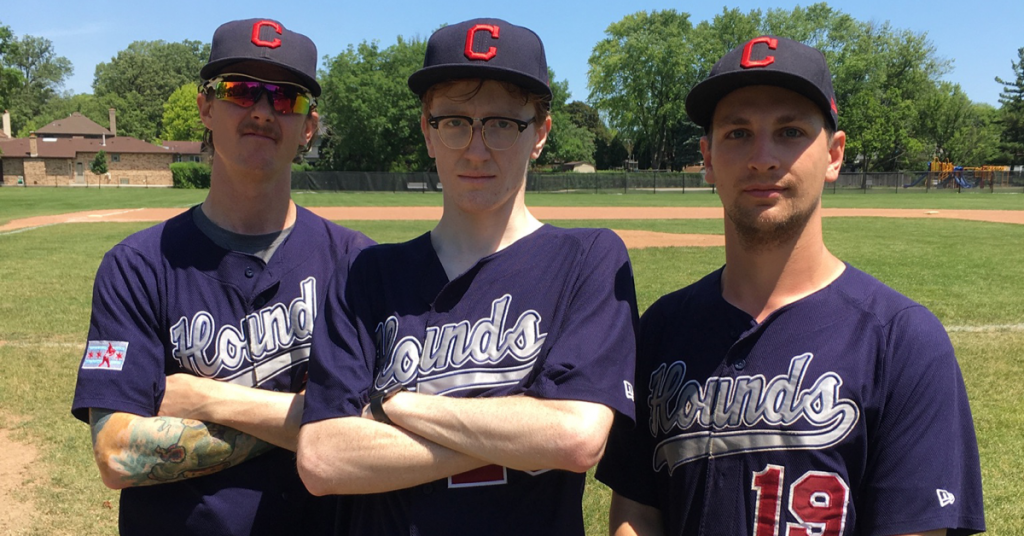 In a return to (somewhat) more competitive play, the Hounds skewered the Marlins on Father’s Day morning at Southwest Park in a 9-2 victory, thanks to some dazzling pitching and offensive fireworks.

Taking the start on 7 days rest, Atticus Conway (P) pitched a gem, giving up only two runs and a remarkable zero home runs. He showcased a pleasing efficiency, requiring only 88 pitches for the complete game victory.

The Hounds T-ed off offensively, collecting 11 hits. Greg Sells (SS) put his persistent good wood to use, sending a long ball over the left field fence for a 3-run home run, and Brandon “Veteran Presence” Jessee (EH/RF) continued to stay hot, hoarding 6 total bases, four of which on his own no-doubter HR. The bash brothers were joined by charlie Arron Kruse (3B), who’s starting to pick back up with his usual productive self with a multi-hit day and Pedro Rondón (DH) who contributed a 2-run scoring single on his 3 RBI day. The Hounds as a whole were patient and smart, the hallmark of a good (and, scarily, improving team), drawing 10 walks at a rate of nearly 80% quality at-bats. The Marlins made a half-hearted attempt at a comeback in the ninth, scoring a run, but Atticus provided the day’s final punctuation on a called third strike paraded down Broadway for a K of the clean-up hitter.

Before the fathers in attendance, Big T (+Linda), Mr. Kiefer (+Mr, Mrs, and Ms), and Carl Riggenbach, the Hounds improved to 8-5-1 on the year’s campaign. A team delegation assembled for post-game food and drinks where the Hounds (and Susie and Laura) introduced the new-to-America Pedro and Adriana to the fine American fare of Hooter’s Restaurant. The Doggos will enjoy a few days off before taking the field again against the Blazers on Thursday afternoon at Winnemac Park.

Processing…
Success! You're on the list.
Whoops! There was an error and we couldn't process your subscription. Please reload the page and try again.