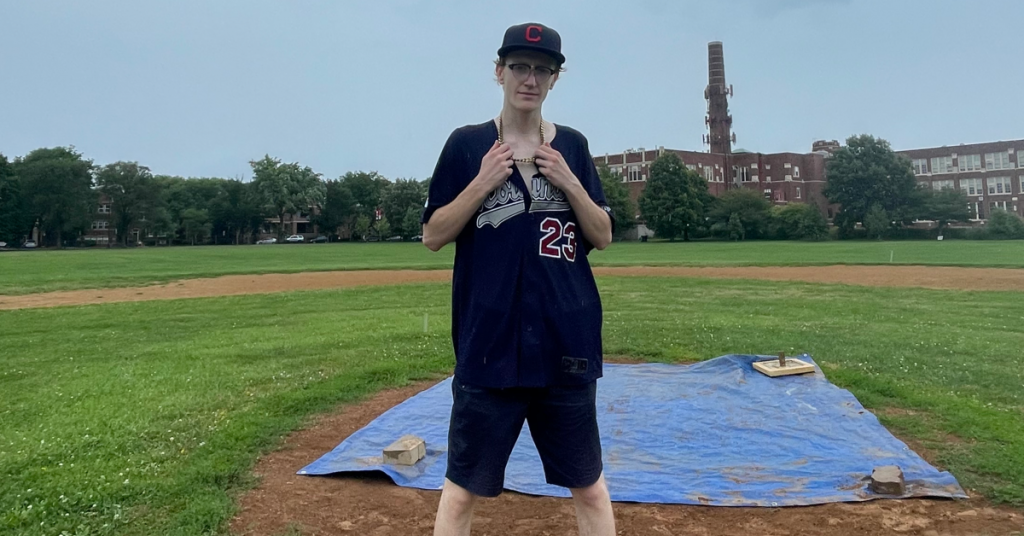 On a Sunday in which most of Chicagoland received significant rain, the skies above Winnemac Park remained dry enough to allow the required 7 innings of play for a 7-2 Hounds victory Sunday morning to even up the playoff series.

Rookie Atticus Conway snatched the start for the Doggos and did little playing around, serving a measly 87 pitches over a complete game of work, notching 6 strikeouts and gifting only 1 base-on-balls.

The Hounds once again laid claim to Winnemac’s home field advantage, capitalizing on 4 Dodger infield errors while committing none of their own. They scored 2 in the first available frame, when the eminently walkable Greg Sells (SS, 4 BBs on the day) was brought around on a double by follow-up hitter Garrett Eddy (CF) who was eventually brought in by one of the aforementioned ROEs by Brandon Jessee (LF). The first inning run parade was cut short by a scary HBP-turned-groundout of Pedro Rondón (2B) due to the umpire’s ruling that the pitch hit the bat and not the player’s head. Rondon would get his revenge, however, by converting his next 3 at-bats for hits (as well as scoring twice). The Doggos found themselves in the driver’s seat for the duration of the game, never dropping below a 5 run lead, not even needing a deep HR called foul that was struck by Eddy to claim victory. The Dodgers mustered one run in the fifth on a sac-fly and one run on a trio of singles in the last inning before making the last out in a soft drizzle.

The home team and their friends, family, and fans relished in the refreshing summer shower for a spell before finally heading home. The Hounds will head to the southside for the now-necessary game number three on Tuesday following a day of rest.